On May 4, 1886 in downtown Chicago Haymarket, labor rallies and subsequent riots tragedy is a significant event in the history of US labor movement, this event not only makes the 1880s American workers Movement get into a low ebb, but also promote the establishment of the Second International Labor Day. After studying the procedure of the trial, the author also found that the case also shows the society relationship of that time which is that the large capitalists have affect and control of the courtroom to a large degree, politics coerces the law in a way.

Followed by a large raid, eight so-called “anarchists” were arrested and charged with murder. Eight of the defendants, including Parsons, Spies and Fielden, the oldest was 50 years old, the youngest was 23 years old; five were born in Germany, one was born in the UK, two were born in the United States ; Five of them delivered speeches at the rally, but only two were present at the scene when the bomb exploded, and three left early; three of the eight did not participate in the hay market rally.

According to the United States Constitution, the defendant has the right have a jury trial. When the defendant made the request of trial by the jury, which makes the prosecution felt very passive. Because the evidence for the so-called murder was not sufficient and the social background was that the workers’ movement was high, a truly fair jury trial would probably result in acquittal of the defendants if the jury were to be randomly selected. The only way for the government to avoid this risk is to have a jury which the it can have control on. At that time, all of the resources are in the hands of the government, courts and big business owners, it is not impossible to turn the jury into a shield. The most critical step is to choose what kind of person to form a jury.

In the first week of the selection, the jurors who were initially called were all defeated, mainly because of the opposition of the defendants. At this time, the judge of the case, Gary, did not randomly select candidates, but instead adopted a practice rarely used in practice, that is, preselect the jury candidate candidates by a judge who has a tendency . Gary specifically assigned a marshal called Ryce to preselect the candidate. The arrogant marshal told the jurors in the preliminary election, “I am responsible for this case, those guys (the defendant) will certainly be hanged.”(Haymarket Trial,The Pardon, Gov. John Peter Altgeld, p.4) . He himself boasted afterwards that he would not have chosen such a person if he had found a person who was indifferent or opposed to the “guilty” of the accused at the time of preselection. Through the preselection method, Ryce intends to put those who want to hanged those guys to the court. An unsuccessful candidate wrote a written testimony to the then governor four days before the defendant was to be executed, proving that Ryce did say the above, and he wrote: “I am willing to testify, not because of me Sympathize with anarchists, but because citizens have the obligation to uphold justice. (Haymarket Trial,The Pardon, Gov. John Peter Altgeld, p.5)

“I think those guys are guilty, but I do not know what crime it is,” one candidate said in an interview. (Haymarket Trial,The Pardon, Gov. John Peter Altgeld, p.6) “I have this impression from a lot of newspaper reports, and now the court should come up with some positive evidence, Let me believe that these people are innocent. “His logic of thinking is presumed to be guilty of the defendant, completely contrary to the” presumption of innocence “legal principles. When the defendant apply “Challenge For Cause” to the candidate , it was rejected by the judge, the defendant had to use “peremptory challenges” the exclusion of such candidates.

Another two candidates with undisguised prejudices ultimately was elected to the jury by the prosecutor and the judge . Denker, 27, a store deliveryman. Q: do you have a clear attitude as to whether the defendant is guilty or not  A: “Yes.” Q: “Will this view prevent you from making a fair judgment on this case?” A: “I think so” Q: “If you were a juror, would you be able to judge the defendant on evidence and not consider any prejudice or opinion?” Danker finally understood the suggestion and replied, “I think I can.”(Haymarket Trial,The Pardon, Gov. John Peter Altgeld, p.10)  The judge did not ask much of the obvious bias of the jurors, but repeated the prosecutor’s last question. Apparently, Danker was the kind of juror the prosecutor and the judge wanted. Another one is Sandford, 25, a railway ticket agent who once worked as an oil broker in New York. When asked whether he was biased against the defendant, Sandford replied: “This is for sure.” The prosecutor had to lead and ask: “If you are a juror, no matter what your prejudices hold, you can according to evidence and make a fair, just impartial judgment? ” Sandford replied:” Yes. “He was selected again.(Haymarket Trial,The Pardon, Gov. John Peter Altgeld, p.15)  At this time the defendant has run out of all the “peremptory challenges” quota, had no choice but to accept the jury.

From the available evidence, there is no relationship between the eight defendants and the bomb incident. When the bomb exploded, only two of the eight defendants were at the rally, and the two men were walking down the lecture carriage in full view.(Haymarket Trial,The Pardon, Gov. John Peter Altgeld, p.19)

In the absence of direct evidence, Judge Gary provided the jury with the guidance that the prosecution in this case was due to the fact that the defendant had advised and encouraged the murder and that if the murder was carried out from the encouragement by a person, the person who give the encouragement is murderer. He also informed the jury that circumstantial evidence was evidence of the background and certain facts of the alleged criminal activity, and if the evidence was deemed beyond the reasonable suspicion by the jury, the jury could consider the defendant guilty. When the defendant asks the jury to clarify “what evidence is evidence of validity should be suspected,” the judge refused.

When the guilty verdict was made, the defendant demanded a re-trial on the grounds that the jury was biased and that the court had no evidence that the defendant had committed murder and could not prove that the accused was an accomplice to the offender. Judge Gary dismissed the defendant’s claim in his logic: the verdict did not consider the defendant to be involved in any specific act of murder, but the judgment agreed that the accused, through speeches and leaflets, encouraged a large number of people, not individuals, to commit murder Behavior, there are specific dates, time and place, which has buried the hidden dangers. The consequence of the agitation was that someone we don’t know, affected by the agitation, threw a bomb, killed the police. Agitator is murder(Haymarket Trial,The Pardon, Gov. John Peter Altgeld, p.19) .

On August 19, 1886 , the jury withdrew from the courtroom. They were asked to make a decision as soon as possible, and only be given three hours to discuss a large amount of evidences of the eight defendants. It was not known whether the jurors considered the court’s guidance or considered their own responsibilities, but the jury did not adjudicate the same day. At 8:30 on August 20, more than 1,000 people gathered in front of the court. Each of the jurors who entered the courtroom looked serious, and the defendants seemed to feel the content of the verdict. The jury’s moderator handed the court staff a piece of paper. The court read: The jury verdict the defendants August Spies, Albert Parsons, Adolph Fischer, George Engel, Louis Lingg, Michael Schwab, and Samuel Fielden are guilty of murder, the indictment is set up and sentenced to death. The jury found the accused Oscar Neebe guilty of murder and indictment was set up and sentenced to 15 years in prison.

Through this process and lengthy process of lawsuits, we see not only the law itself, but the political forces behind it. In the late nineteenth century of United States, it was in a period of dramatic change of social relations, the political coerced the law to a large degree. At that time, the political background of American society was the big and powerful capitalists and the powerful capitalists who feared the labor movement and used their money to collude with government officials, judicial officials and the police in trying to destroy, disintegrate and even suppress the labor movement. They turned the law into a “political evening dress” through money and power. In this context, it is not difficult to understand why Judge Gary will abandon the logic of law but with his own logic to explain the law, why the Illinois and the Federal Supreme Court of 15 judges, these owners of”power and Wisdom “, in the face of tens of thousands of people from the petition, complaint and interrogatories, will openly defend the verdict with explanations of ” legal proceedings “,” the case does not involve major federal legal issues “,  the essence is to protect the interests of large factories and large capitalists.

The advance of society, the development of history will not happen fully as the expectation and will of man. In 1938, the United States Congress promulgated the “Labor Time Standard Equity Act”, the the eight-hour work system of workers has been protected by the law. However, history has proved time to time that in any society and at any time there will be powerful and powerful people who will use the “law” to defend their own interests, even at the expense of the interests of the people. The political system is divided into democracy and autocracy, the law can be divided into good law and bad law, the law enforcement has the character of justice and injustice, people should be reminded that the historical injustice will happen again, the history of the tragedy will repeat itself, how to combined democracy with good law, and then select the just and fair law enforcement is still not a unresolved issue today, it is something needs deeply thoughts and wisdom.c��N��6L�ǀu6 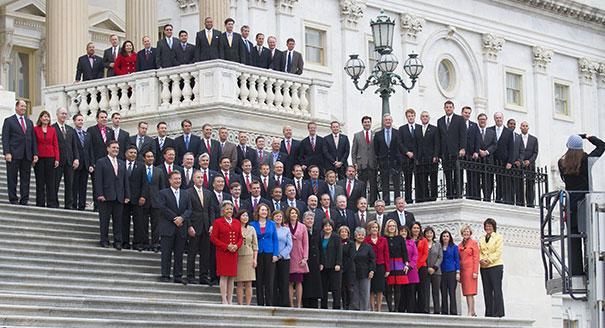 the “old” and “new” Congress 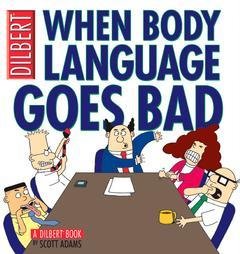